Whether I’m in Hawaii or Los Angeles, my perfect summer night would include hot off the hibachi teriyaki, live music, and bon dancing. Although Hawaii Bon Odori festivals will always have a special place in my heart, I had a blast obon hopping here in LA this summer.

The Bon Dance, Bon Odori, or Obon festival is a celebration to honor our ancestors and loved ones who have passed. The summer festival started as a Japanese Buddhist tradition, but is now non-denominational and celebrated globally. Just like in Hawaii, each temple in Los Angeles has their own festival taking place on the weekends every summer. In LA, bon dances are Saturdays and Sundays, in Hawaii, Friday and Saturday evenings. 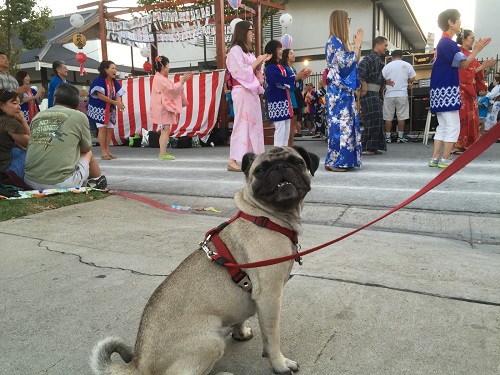 No matter which bon odori I attended in LA, I found some Hawaii folk which made me feel right at home. Everywhere I looked I saw tanned Japanese-Americans most likely from Hawaii or with local ties wearing Hawaiian Island Creation or Local Motion surf t-shirts. The food stands had spam musubi, chili rice bowls, and my favorite, the Okinawan donut, andagi. The voices of the older Japanese people, the Nisei generation, reminded so much of old timers in Hawaii. 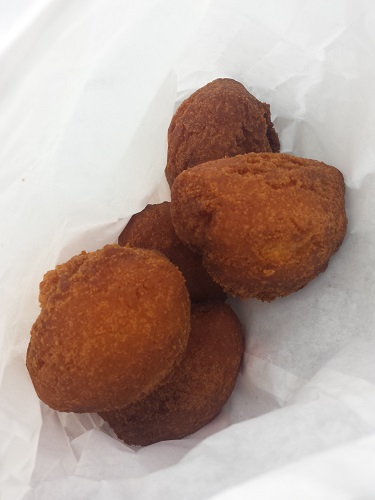 Andagi from the Nishi Obon in Little Tokyo, DTLA
Photo by Cara Fasone

During WWII time, when local Japanese from Hawaii were stationed alongside Japanese-Americans from the mainland, they nicknamed the mainland Japanese “katonks.” Although both groups got along, for the most part, and were fighting for the same cause, the local Japanese and katonks had a few cultural differences. The way Japanese-Americans spoke and dressed was a little different, not bad, just different.

I thought about this when attending the Obon festivals around LA, it was a little different than Hawaii bon dances, but still a great time!  Not only did they have teriyaki and some of the Hawaii favorites, they also sold tamales at many temples. I missed my saimin and bbq sticks, but I enjoyed the Angeleno influence at the mainland bon dances. They even have a song in Japanese, English, and Spanish! 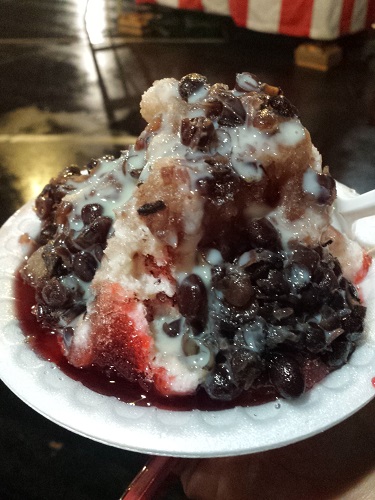 I could be in Hawaii or in LA, but when it is summertime, you will find me at a temple munching on spam musubi and dancing to Tanko Bushi. Although Hawaii and LA bon dances are a little different, I feel close to my Japanese culture at both and I appreciate all the temples for keeping this tradition alive.

Where is your favorite bon dance?

Return to the top of "Bon Dance Season, Katonk Style"

Return to the "Island Traditions" Page

﻿Back to the Hawaiian-Culture-Stories.com Home Page﻿