While I pay respect at the Arizona Memorial, I also remember my grandfathers

One of my favorite things to do when I’m in Hawaii is visit the Arizona Memorial. I think not only of the veterans that were lost on that infamous day, but also my grandfathers who were also servicemen.

The famous Hawaii landmark is a majestic piece of architecture, that also memorializes a devastating day in Hawaiian and U.S. history.

The memorial is a simple, elegant structure. As you enter through its pristine pathway, you encounter engraved wall plaques and marble tablets listing the names of the casualties taken on this infamous day—2,402 to be exact—died during the attack of Pearl Harbor.

A Date Which Will Live in Infamy

On that Sunday morning in December 1941, the attack came as a surprise and it ushered in a new relationship between the United States and Hawaii. At this point in Hawaiian history, the archipelago was still a territory, but not a state.  For some people, the attack deepened an already uncertain attitude towards the United States; an ideology that still persists to this day.

This was one of the most profound moments in recent American history, mostly because this attack brought the United States into World War II.  The country had avoided the conflict for two years; but December 7, 1941 brought a new reality—“A Date Which Will Live In Infamy!” as declared by President Franklin D. Roosevelt.

Pictures of the Arizona Memorial from the boat ride
Photos by M. Keala Milles, Jr.

My Connection to WWII

I don’t have a direct connection to the Arizona Memorial, but it is important to me to pay my respect to the lost veterans because both my grandpas served in the same war. On my dad’s side—“Kuku” was a native Hawaiian who served in the U.S. Army and is now buried in the memorial cemetery on Maui.

My Filipino “Grampa”— on my mom’s side—served in the U.S. Air Force and now rests in the memorial cemetery in Kaneohe. Grampa was born in 1928 and a teenager when he served in World War II.  I've been told that he even lied about his age, just so he could serve. 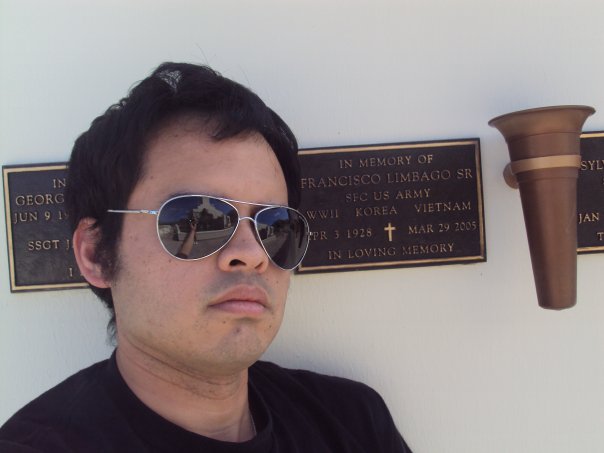 This memorial is an important landmark for me, like the Arizona Memorial, it is a reminder that much of Hawaiian history is also American history, and we can all celebrate that together.

USS Arizona Memorial tours run ever 15 minutes from 7:45 a.m. to 3:00 p.m. Tickets are free, but if you reserve them in advance they charge a $1.50 processing fee.  Still, I recommend buying your tickets ahead of time to ensure you get a seat on the ferry at the time you want to go.

Heiau Kuilioloa: a Place of Refuge in Waianae

History of the Heiau

Return to the top of "The USS Arizona Memorial"