Kuilioloa Heiau:  a Place of Refuge in Waianae

When I sit by the waters of Poka’i Bay in Waianae, I often think about the spiritual traditions of my ancestors. Of all the Hawaiian traditions I’ve learned about, the most important is the building and reverence of the heiau or Hawaiian temple.

Although they might look like a grass clearing or a pile of rocks at first glance, heiaus were a sacred place of refuge for ancient Hawaiians.  What is left today are just physical remains of these old ways, but also a reminder of our spiritual past.

Heiaus were most often built out of lava rock and they are hard to see, unless you know what to look for. It is only after taking a closer look—or sometimes having someone point it out to you—that you actually begin to identify the structure.

Ku'ilioloa Heiau, for example, sits on a small peninsula of land in Waianae, near Poka’i Bay.  This landmark might at first appear like a pretty grove of Coconut trees, but when you look closely, it is easy to see that the area is elevated by an enclosure of lava rocks. 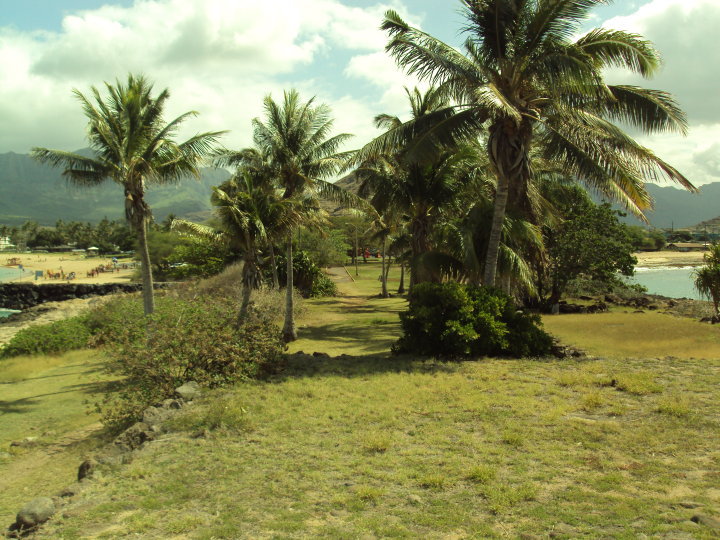 Lonokaeho, a legendary navigator, built this site with stones, some of which he brought from his home country, Tahiti. Ku'ilioloa Heiau is surrounded by three sides of ocean and served as a school of navigation and a blessing site for voyagers.

Ku'ilioloa translates to “the long dog form of Ku.”  In Hawaiian mythology, ancient stories tell of mystical half-man creatures and Gods coming down from the heavens to take physical form.  The name refers to the physical manifestation of Ku, the God of War, as a dog. 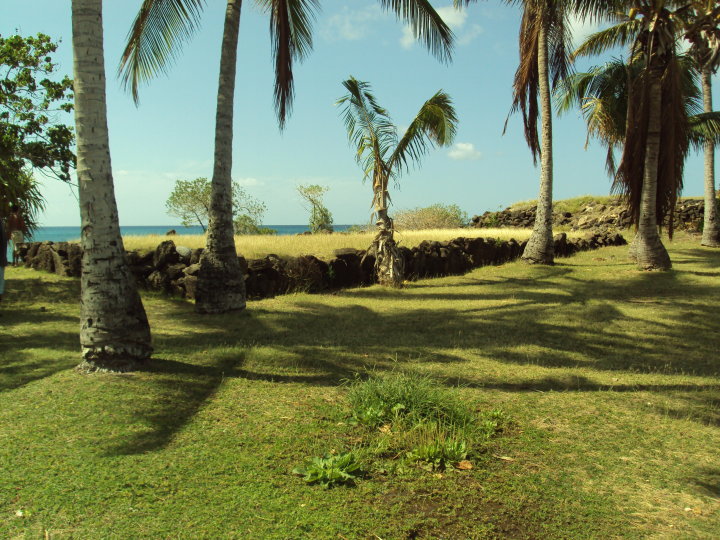 Kapu, the Code of Conduct

When I took this photo, I asked permission and gave thanks. My Hawaiian Dad says it is important to ask for permission out of respect for past generations, before you “take” anything from Hawaii, even photos.

"Taking" includes photos of sacred places, as well as rocks or shells along the seashore.  It is customary to give something back, such as an offering or a prayer.  This is part of the kapu, the ancient Hawaiian code of conduct.

When the Hawaiian kapu system was abolished in 1819, many heiaus were closed or destroyed.  However, the Hawaiian Rennaissance of the 1970’s began a movement to restore as much of the traditional culture as possible.  This resulted in the preservation of previously abandoned or destroyed sites such as Ku'ilioloa Heiau.

The Waianae community—my extended family—restored this location, so it is exceedingly special to me to visit this heiau anytime I visit Poka’i Bay.  To be surrounded by such history is what continues to draw me back to Waianae.

Have you visited the Ku'ilioloa Heiau?

The Best Hawaiian Island for Sunsets

Return to the top of "Kuilioloa Heiau:  a Place of Refuge in Waianae"