Hawaiian Poke for Pupu and More

In a bowl, on top of sushi, or deep-fried, poke is more than just a pupu

Poke (pronounced po-ke) is the traditional pau hana (after work) snack; it's perfect with beer and just enough to not spoil your dinner. Although Hawaiian poke has been around for decades, new mixes have made the pupu favorite a meal. 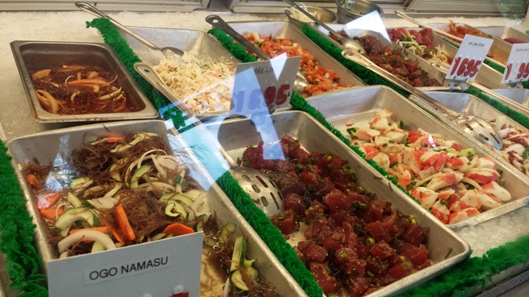 Poke has changed over the years. In ancient Hawaii it was made with just cubed raw fish, sea salt, limu (seaweed) and inamona (roasted and crushed kukui or candlenut).  New flavors were created when foreign ingredients like soy sauce and onions were brought to Hawaii.

The textures and flavors in poke are like nothing I've ever eaten before. The cold chunks of raw fish can be tender or firm depending on the fish, but not flaky like cooked fish. With shoyu and sesame oil, it is tastier than the subtle sashimi.

Hawaiian poke is one of my favorite foods of all time; I’m drooling writing this blog. This wasn’t always the case, I never touched poke for years! I’d watch my family and friends chomp on it, but although I liked the flavor, I couldn’t get over the texture. It felt squishy in my mouth and tasted like a fishy tomato.

It wasn’t until I  had an Asian-inspired version of tuna tartare at a sushi restaurant that I began to enjoy raw fish. I got over the texture because the flavors were amazing. Crazy as it sounds, there are people who don’t like raw fish, so they can’t eat poke. 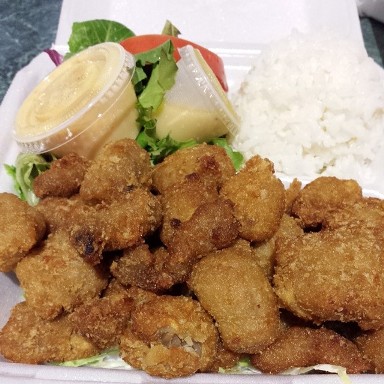 Whether I’m picking on it with chopsticks, eating it with rice from a bowl, or shoving an entire bomb in my mouth, I’m a huge poke fan.

Return to the top of "Hawaiian Poke for Pupu and More"