The best part of the Thanksgiving meal with a local twist

Thanksgiving is my favorite holiday because it’s not about costumes or presents, the focus is family and FOOD! Growing up in Hawaii our holiday menu was always a mixed plate, but on Thanksgiving we kept it very American with the traditional turkey and classic trimmings. The only very local side dish we’d make was the super ono, Portuguese Sausage Stuffing.

The Portuguese sausage gives the stuffing a salty bite, while the seasoned breadcrumbs add a savory taste and the water chestnuts, a crunch. Lots of green onion and cilantro give the stuffing loads of flavor in each mouthful. 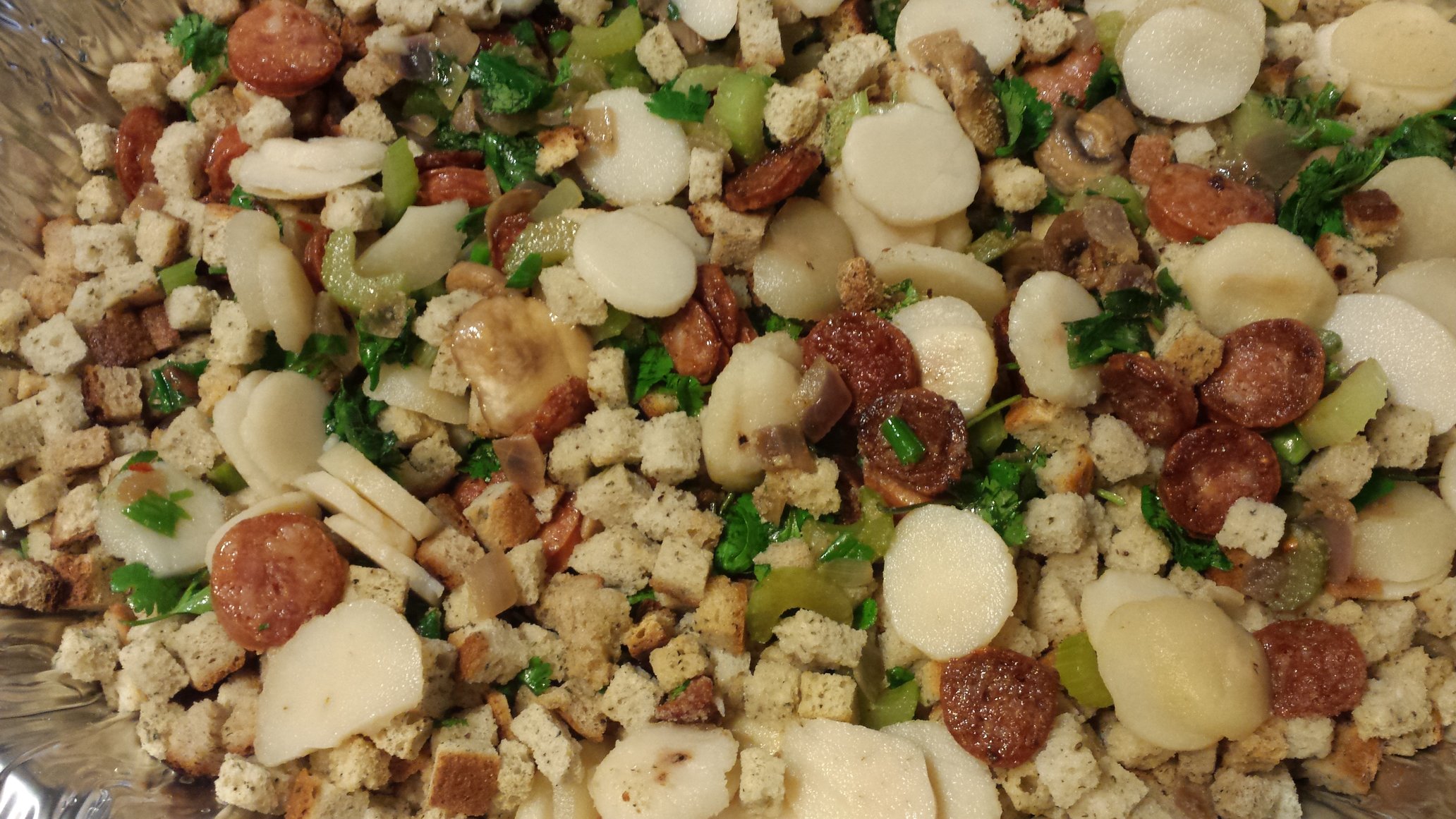 When I got an invite to a friendsgiving party, I decided to make my family’s Portuguese Sausage Stuffing. Not only did I want to share this Hawaiian-style stuffing with my mainland friends, but also I wanted to eat it! Everyone has their favorite Thanksgiving dish, but this is a definite crowd pleaser.

Below is my family’s favorite Portuguese Sausage Stuffing recipe. I’m not sure where it came from, but it’s been a tradition in our house for over 30 years and was shared between family, friends, and in-laws on index cards before there was Pinterest.

-Slice Portuguese sausage and fry in a pan, place on a paper towel to drain oil

-Saute mushrooms, celery, and round onion in sausage fat or butter

-Place croutons in an aluminum pan

- Mix the ingredients together

-Pour chicken broth over stuffing mixture until it is moist

-Bake at 350 degrees for about 40 minutes or until golden brown on top, stir the mixture at about 20 minutes in.

What are your favorite Thanksgiving Day side dishes?

Return to the top of "Hawaiian-style Portuguese Sausage Stuffing Recipe"